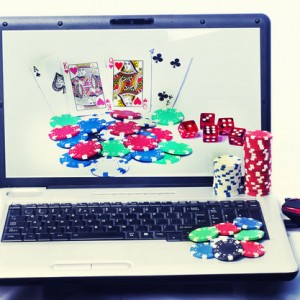 Top Trends For The Online Gambling Industry In 2017

The gambling industry has faced a difficult year, with the growth in onerous regulation and margins being squeezed across the industry. However, the sector is innovating like never before and 2017 is shaping up to be one of the most exciting in history. There is rightly a renewed focus on improving customer experience and offering the best quality games and prizes. Here we give our predictions on what we will see in the sector over the year ahead.

We expect to see more take-up from Millennials playing casino games online. Millennials will very soon account for 50% of the workforce and so members of this group will be entering their prime earning/spending years. Online gaming developers will need to think carefully about how best to attract and retain this new and growing audience.

As well as a focus on generation Y, we will see more efforts from the gambling industry to use new methods to attract a younger audience. There is already a shift in the industry towards a younger customer base and the way people view casinos. Now the bigger players will want a piece of the action and we expect there will be some interesting things happening in the digital space in order for this shift to continue to happen.

Whilst there has been some furore around skill gaming projects, we anticipate 2017 to be the year things really start to kick off. Skill gaming means an activity that requires elements of skill and knowledge, such as football games. This will mark a significant move for the gambling industry, moving away from games made purely of chance.

The trend of online gamblers using mobile devices will continue. There are nearly two billion gamers worldwide, and over three billion hours a week are spent gaming (twice the time spent streaming on YouTube, and three times that of Netflix for instance). The opportunity for developers of gambling games to appeal through mobile devices is huge!

The eSports market has continued to grow throughout 2016, and this is not expected to slow down moving into 2017. eSports is where professional gamers play video games in competition with others, much like your Call of Duty games. It has grown into a global phenomenon with a huge following.

The use of Bitcoin, as well as other currencies that can be used to gamble online has been great for those who want to keep a close track on spending. Unfortunately, it has faced some controversy with many governments requiring systems to report for taxes. Despite more regulation, we only expect to see an increase in the number of online gambling services accepting bitcoins.

Cloud computing has been growing for some time now, and we expect this to continue into 2017. Online gaming operators are already using it and we think 2017 will see cloud become the industry standard. The result will be improved overall gameplay quality and accessibility due to the benefits of cloud

Rustam Gilfanov & Sergei Tokarev are the co-founders of Lucky Labs

Lucky Labs is one of Europe’s leading gaming developers, founded in 2006 by IT entrepreneurs Rustam Gilfanov and Sergei Tokarev in Russia. Today the group comprises an international portfolio of gaming and marketing technology companies and employs over 500 software developers internationally. It has released over 100 games, which can be found across international computer and mobile platforms.

Additional information can be found at http://www.lucky-labs.com/