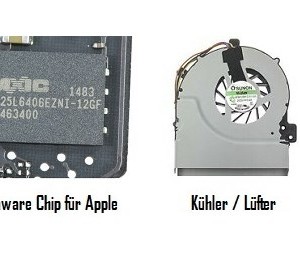 How To Find Out If Your BIOS Chip Needs To Replace

There is an electronic chip present on motherboard of every computer named as BIOS chip. It is a short form that means the Basic Input and Output System. It lets the computer to work as it should be. If you have in view the BIOS with respect to your own brain, its role is alike to the hypothalamus, a neural structure. If we have not hypothalamus in good condition, we can not perform our activities properly or we can also die. In the similar manner, if the computer has not BIOS chip in good condition or just has not any BIOS chip, it cannot work properly or cannot do any process. In most cases, BIOS chip is able to be removed, so if there goes wrong in any way and the BIOS chip gets damaged, in that case you can buy new BIOS chip restore it as soon as you recognize what kind of chip your computer has.

Boot your computer again. Hold the motherboard power button up to a time that the display screen turns black and the computer is not powered anymore. Break for 30 or more seconds, and turn the power of your computer on again.

See if the first display screen still does not allow running further process and it does not change. It means that your chip has been damaged.

If you are familiar with what you’re doing when there needs to do something with computers, subsequently you should replace BIOS chip.